This article was originally published in the Journal for Colorado Water Institute.

By: Cheryl Distaso and Sarah King

The Fort Collins Community Action Network (FCCAN), a social justice organization, has been involved in local water justice issues for over ten years. Our interest was first piqued in 2002 at the New West Fest (NWF) music festival. In the vendor information packet that year, the Downtown Business Association (DBA) included language prohibiting nonprofits from giving away free water because it undermined the efforts of their festival sponsor, Pepsi, who was to be the main provider of all beverages. The Rocky Mountain Bullhorn, a local alternative newspaper, rented a booth at the NWF that year and chose to give away water. Technically, because they were not a nonprofit, they were not breaking any rules. And in the true fashion of the Bullhorn, they invited people via a megaphone to come and get their “contraband water” for free. The label of the bottles they distributed included the quote from the DBA’s vendor agreement. The Rocky Mountain Bullhorn exposed the absurdity of business entities’ attempt to control what should be a free and accessible resource.

Several years later, in June of 2008, while tabling at an event in Civic Center Park, we noticed that there were no drinking fountains in the park. Event organizers were selling bottler water for profit. On that hot summer day, many people were forced to purchase water (bottled by large corporations in plastic), something we believe should be freely available, not a commodity. 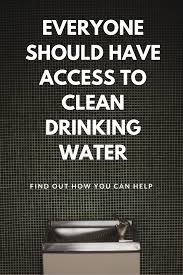 FCCAN followed with a successful campaign to urge the Fort Collins Parks Department to install a drinking fountain at Civic Center Park. However, this fountain, like all of the others in the city at the time, had to be blown out and turned off in the wintertime.

In 2010, FCCAN revisited New West Fest, where the only free water was a drinking station privately set up at the Mennonite Fellowship. As part of an educational campaign about corporate control of water, FCCAN engaged local volunteers to approach downtown business owners prior to the festival. The students asked the business owners if they would allow people to fill up water bottles in their businesses during the NWF. We compiled and distributed maps indicating which businesses would allow people to fill up water bottles for free during the festival. The temperatures can fluctuate pretty significantly at the end of August, and this was a particularly hot weekend. Our little campaign consisted of ten volunteers
walking around for four hours during the NWF, providing information about where to obtain free water. We were very much
appreciated, but our efforts did not put a dent in the water
needs of the tens of thousands of attendees. People did not have adequate access to water that day.

Perhaps it was no coincidence that 2010 was the year of the
NWF riot, in which 400 people took to the streets without any
ascertainable provocation and threw bottles and broke windows
at businesses, resulting in 13 injured and hospitalized. Alcohol is
attributed to be a significant factor in that riot, and one has to
wonder if the reason so much alcohol was consumed at the
NWF that day was that it did cost significantly less to buy beer
than it did to buy water throughout the sweltering day.

The next year, two changes were made to the NWF. First, the NWF was
scheduled one week earlier so as not to coincide with the start
of CSU’s fall semester and the return of students to Fort Collins.
This was presumably done to decrease the number of students
drinking alcohol. Secondly, free water stations were set up at
multiple sites around the festival.

Several years later, in 2015, Old Town Square underwent
a $3.9 million remodel. The upgrades included a vernal pool
that attracts lots of attention in the summertime; it is a fun and
attractive feature for families, children, and dogs to splash in the water. But we noticed that the drinking fountain was not reinstalled in Old Town Square.

FCCAN intern Sarah King asked Matt Robenault, the executive director of the Downtown Development Authority, why
this was the case. Robenault responded in an email by saying:
“…the drinking fountain did not meet current health and safety
codes relative to its plumbing, and it was a seasonal feature that
required shut down for a better part of the year to avoid freezing
pipes. There are sinks in the OTS [Old Town Square] public
restroom where water bottles can be filled during the hours of
operation of 8:30 am until 10:00 pm daily.”
Yet, several blocks away, at FoCo Café, a nonprofit-paywhat-you-can eatery, an intern named Kelly Connor spearheaded the effort to fund an outside hydration station accessible 365 days a year. It took over a year, but the ribbon was cut August 1, 2017. Unlike every other drinking fountain in the city of Fort Collins that existed at the time, the hydration station at FoCo Cafe is designed such that it does not need to be blown out and shut down in the winter.

“It comes down to our inability to ensure a feature that will
remain sanitary during the different phases of the day that
attract patrons to OTS.The intensive use of OTS, which spans roughly 18 hours per day, is often frequented by patrons that do not adhere to societal norms for the deposit of bodily fluids, thus making it difficult to provide a drinking water feature that can be maintained in a safe, sanitary condition. Blood, vomit, and urine all find their way into the late night situations in OTS, which makes the management of the space very different than the management of a city park, rec center or even the private space at FoCo Cafe.We will not knowingly create a situation that repeats the
same unsafe health condition again that we had previously with
the former drinking fountain in OTS.” 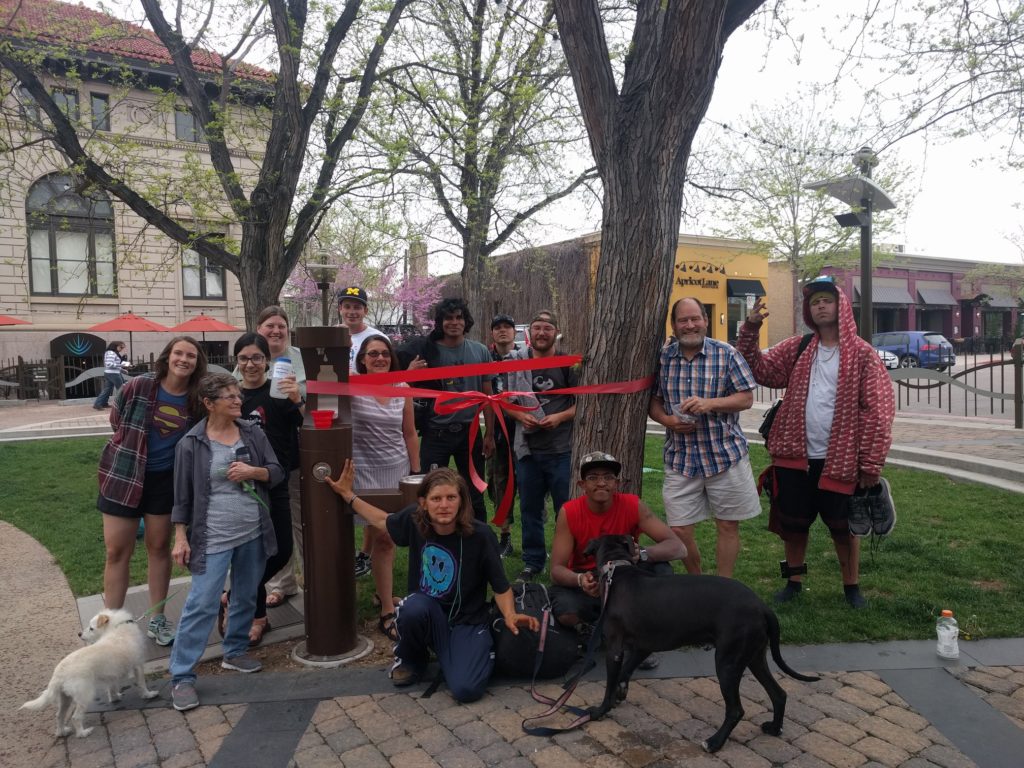 In addition to access to clean water, access to public bathrooms is a significant issue in Old Town as well as in the rest of Fort Collins. The only 24/7 public bathroom in Old Town is located at the parking lot on Remington at the Oak Street Parking lot. This bathroom was closed every night before the FCHC lobbied for overnight access.

There is another public bathroom in Old Town Square (the one in which Robenault invited us to fill up our water bottles), but it closes at 10:00pm.The other public bathrooms in the downtown area include the North Transit Center, Aztlan Northside Community Center, and City Hall. Yet, they are only accessible when the buildings are open. On the perimeter of Old Town, the Gustov Swanson Natural Area (between Catholic Charities and the Fort Collins Rescue Mission) has a bathroom.

This facility was closed for over two years. Through persistent lobbying from the FCHC it reopened in June of 2016. Yet the bathroom is closed from dusk to dawn, and in the winter months, that is most of the time. The FCHC is working to extend those hours. We are also lobbying City Council to open a 24/7 public restroom at the Horsetooth MAX bus stop.

Fort Collins has the resources to build more restrooms and year-round water fountains, yet we are still in a continuous battle to access these resources. Not having access to 24/7 restrooms is not only a human rights issue, but also a medical issue. According to the CDC, there have been several outbreaks of hepatitis A among the homeless populations of several U.S. cities that have been directly correlated to a lack of access to 24-hour restroom access .

When people lack access to wash their hands, disease will spread. Using the restroom is something that all humans need and limiting access to clean water and 24/7 bathrooms does not change that fact. Rather, it creates issues of inequity and public health for communities. We, as a community, need to come together to fight against the blockades bordering our human rights for water and access to restrooms.