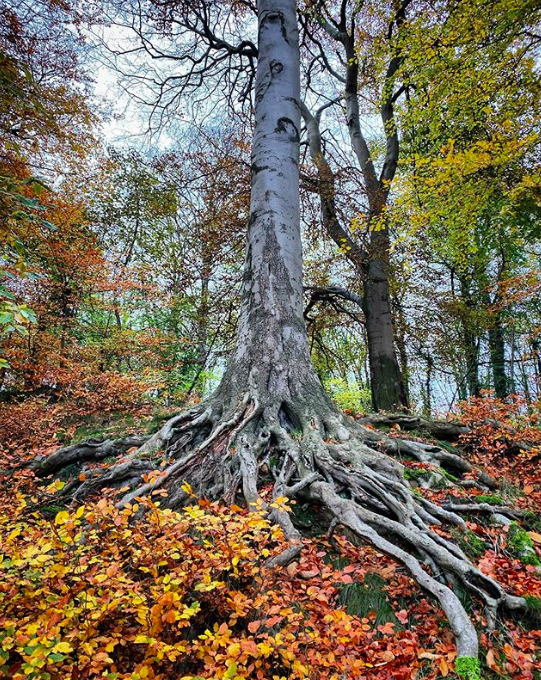 We live on land that has been changed by the actions of human beings to the point that it may not continue to support our existence. This land that we talk about so much isn’t just a location. It’s a biosphere, a living organism of which we are one part, on which we depend. Mother earth is not just the backdrop, environment or stage for human activity that exists to support us.

The current ecological crisis that we find ourselves in is in fact a crisis of human relations- with each other, with the land and with our roots. It’s a crisis created by false separation from reality- that is the biosphere and ecological planet that we rely on, which results in a set of assumptions that drive all systems of oppression- whether it be colonization, heteropatriachy, white supremacy.

The problems in our relationships with each other and with the so called environment/nature are the same. If we understand ourselves as part of a living, breathing, pulsing, shifting ecosystem continually being shaped by and shaping us, then everything we do has ecological implications, and every attempt to protect or heal our ecosystem is inevitably rooted in questions of social justice.

Much of the oxygen we breathe is made by not only the foliage and trees of the land, but is also produced by the plankton and algae in the oceans, and the oceans are in grave danger. The only way we can stop (or reverse) the extensive damage happening to our oceans- the dangerous levels of acidification, oxygen-starved dead zones depleted of any life at all, massive coral reef extinctions, massive floating islands of garbage and other threats to our marine ancestors, including major sources of human food- is to have whole communities and societies of people who think differently, who understand and practice interdependence, who are not pressed by poverty into overfishing, who understand the connection between burning fossil fuels and poisoning the oceans and are able to do something about it. Only an interdependent humanity with the resources and power to make good ecological choices can act effectively on behalf of the ocean life or any other part of the mother earth’s ecosystem essential for our lives.

Ecologically-focused activism- that is work around wildlife, nature, climate change, etc, that doesn’t take into account the unequal impacts of ecological destruction on different groups of people, or the different relations they may have to the land, water, trees, and more than human species, ends up perpetuating the injustices that are blocking our way toward lasting solutions.

At this current coyuntura, many of the most powerful fights against global capitalism are being led by Indigenous peoples whose deep cultural ties to specific ecosystems give them an understanding of our interdependence with the land, water, and other species and a clear picture of the disastrous costs of the current system. In every case of Indigenous environmentalism, the defense of specific waters and lands is also a fight for Indigenous sovereignty and resistance to multiples forms of genocide. Non-indigenous people often frame the fight as a battle to defeat climate change, or a fight for clean air and water, without understanding that it is, at its core, a battle for indigenous survival, for the most basic of human rights: the right to exist.

That is why, “water is life” doesn’t just mean that we have to drink it to stay alive, It means that water is alive, land is alive, that these presences in our life are not inert “natural resources” to be packaged, managed or sold. They are bound by a billion strands into the fabric of our living world, and tearing them apart for profit cuts deep gashes into our selves on the deepest level- as well as destroying and severing our connection to the bioshpere. These consequences we see, span far and wide. The failure to recognize this is destroying us, beginning with the Indigenous peoples whose commitments to these truths stand in the way of the final extractions: the last reserves of oil, the last clean water, the last standing forests, the last uncontaminated stretches of ocean, the last great damnable rivers.

When power is in the hands of people whose driving logic is to accumulate as much wealth as they can, as efficiently as possible, they will always choose short-term profit, no matter how destructive, over accountability to our relations. Underlying this capitalist, colonialist logic, I believe, is a profound fear that those who don’t dominate are doomed to be dominated, that the choice is between stealing and starving. Part of our work then, is to enrich the impoverished soil of the possible, of our own imaginations and to cultivate through our movements and daily practices the belief that we can create communities in which it makes sense to place our lives in each other’s hands, neither exploiters not exploited, but simply kin.

We have the creativity and intelligence to solve the problems we face, but in our current historical moment we find a great portion of human intuition and brilliance tied up with managing white supremacy, patriarchy and challenges of just surviving oppression.

If we forget this truth- that every struggle is an ecological struggle- and if we continue to build limited movements that treat the multitude of crises we face as separate and the work of racial, gender and economic justice as separate, we will not be able to gather the power, resilience and clarity we need in order to build a different future. I believe we have it in us to rise to this moment, to end this failed system of domination and restore the streams of creative resilience, and establish a global culture of reciprocity and generosity. As the trees breathe out we breathe in, and as the trees breathe in we exhale a sigh of relief.