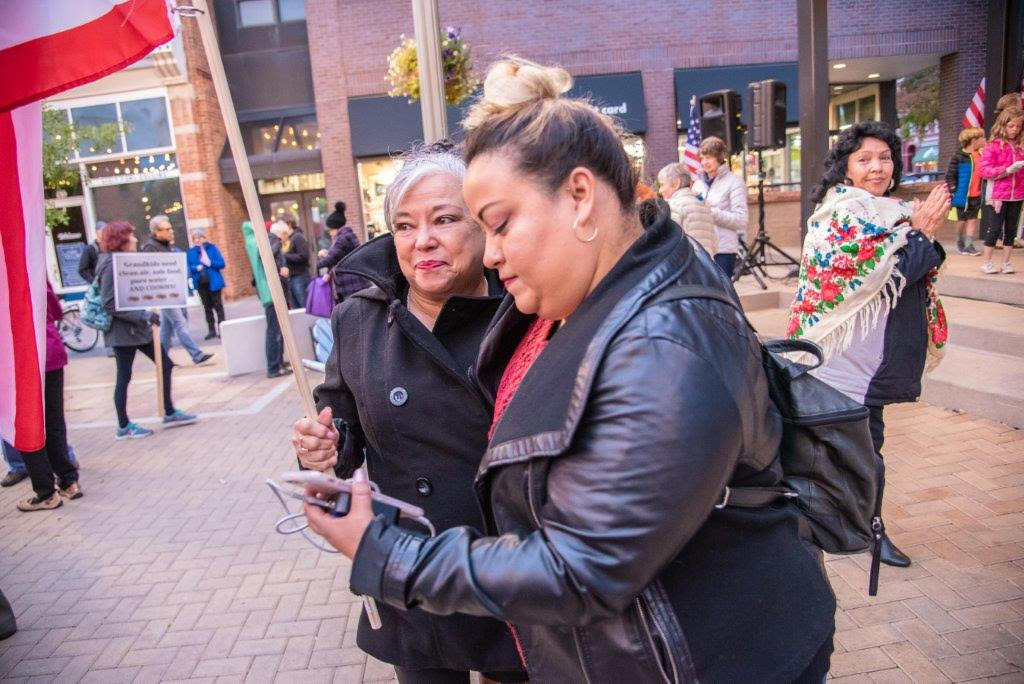 *This post was originally shared on the Chicago based, workers owned cooperative, Tesa Collective’s blog, and posted here with their permission.

Ever since the dawn of modern labor, there have been labor struggles. Take, for example, the wage cut protests of female mill workers in 1834, the 1877 uprising of Irish-American coal miners that resulted in 19 hangings, or the many workplace accidents that led up to the 1970 development of the Occupational Safety and Health Act.

This has led to a powerful tradition in the US to fight for the wellbeing of the working class; and even though these goals have been difficult to achieve, the struggle has not stopped.

It was in this spirit that our past collaboration with Jobs with Justice yielded the creation of STRIKE! The Game of Worker Rebellion. This game allows players to build their own labor movement, placing them as workers looking to stop a mega-corporation from taking over their city. (According to the website The Fandomentals, STRIKE! is “a great game to learn about labor rights that doesn’t sacrifice the fun factor.”)

And right now, so many people and communities are facing unimaginable and unprecedented uncertainty due to the pandemic. However, the ramifications of these hardships mostly fall on small businesses and the working class. While small businesses and individual working people suffer, many corporations have greatly increased their wealth during the pandemic. So in the face of this, American workers are finding new ways to organize and build power together, just as they have for hundreds of years.

With that in mind, let’s take a look at five recent labor struggles we should all know about – some during the pandemic, and some before:

Though many of us were just hearing about the strike involving coal miners in Alabama for the first time in 2021, the events that set this struggle in motion took place back in 2016. When the former Walter Energy went bankrupt and was purchased by hedge funds, the company was renamed Warrior Met Coal.

When Warrior Met Coal took over the mines, they attempted to intimidate workers by asserting that they would only recognize the union (the United Mine Workers of America) if the workers were willing to make sacrifices in the name of the company.

By “sacrifices,” the new owners meant that they would cut hourly pay by $6, decimate healthcare benefits, and eliminate pensions in favor of 401k plans. They assured workers that when the time came to negotiate a new contract, conditions would be improved.

However, because the new owners failed to agree to the improvements they initially promised, mineworkers went on strike in April 2021. It has been more than five months and Warrior Met Coal employees are still holding out and fighting for the wages and benefits they’re entitled to.

Just this year, Amazon warehouse workers in Bessemer held a vote for unionization, after a long organizing process, which eventually fell short with only 30% votes in favor. The drive was led by the Retail, Wholesale, And Department Store Union, who intends to challenge the outcome of the vote. This challenge is being formulated with the support of statements claiming that Amazon broke the law both before and during the vote, which negatively influenced its outcome against the unionization drive.

Amazon’s anti-union tactics may seem like it has been successful this round, but according to NPR, warehouse workers may have a second chance to vote on the issue.

Obviously, taking on a mega-corporation like Amazon was always going to be an uphill fight, and it did not go the way workers would have hoped. But the bravery and dedication of these warehouse workers has laid the groundwork for future attempts to unionize the behemoth that is Amazon and its warehouses. This is not over yet.

Looking a little further back: In September of 2019, more than 50,000 hourly workers at GM went on strike in pursuit of a better labor contract. Lasting six weeks, it was the longest nationwide walkout in the auto industry within the past 50 years.

Part of the new labor agreement promised $11,000 signing bonuses to new workers, as well as ensuring that veteran workers would receive a 6% increase to their wages during the life of the contract (four years). In addition, the new labor contract made it so temporary workers could be more easily hired for permanent positions and reduced out-of-pocket healthcare expenses. These are big wins.

There were positives and negatives associated with the new agreement, however, as three GM plants the union hoped to save were closed. Most of the former workers at those plants found jobs at nearby GM plants, but many of those new positions required relocation. It’s a reminder that even when we win some ground, there’s a lot more to do.

The Charter Communications strike has been the longest labor strike in US history. What started back in March of 2017 proceeded long into the days of the COVID-19 pandemic.

The incidents leading up to this record-breaking strike occurred when the Spectrum company acquired Time Warner Cable and began trying to make changes to employee health and retirement benefits. Obviously, those changes would have impacted workers negatively.

The International Brotherhood of Electrical Workers objected to the idea, and the workers went on strike.

This strike has held out for four long years, and workers are far from giving in. In fact, according to ArsTechnica, “Charter Communications employees who have been on strike since 2017 are building an Internet service provider in New York City called “People’s Choice.” People’s Choice is even an employee-owned cooperative. Here’s what they say on their site:

People’s Choice Communications is an employee-owned social enterprise launched by members of IBEW Local #3 to bridge the digital divide and help our neighbors get connected to the Internet during the COVID-19 pandemic. We are the workers who built a large part of New York City’s Internet infrastructure in the first place. We built out Spectrum’s cable system, until in 2017, the company pushed us out on strike by taking away our healthcare, retirement, and other benefits… At a certain point, we realized that we weren’t the only ones who had a problem with Spectrum. Most New Yorkers are unhappy with the high prices and low-quality service of their Internet Service Provider. And those are the people who have service. According to the Comptroller’s Office, over 2.2 million New Yorkers don’t have high-speed broadband at home because they can’t afford it. This “digital divide” was a problem before the pandemic, during COVID-19 lack of Internet access became a matter of survival.

We decided to see what we could do to help.

Tesla’s owner (and though we joke – this should NOT to be confused with TESA), Elon Musk, has a history of flaunting his anti-union views. And so in 2019, an administrative judge ruled that the Tesla company violated California labor laws on twelve separate occasions. These violations included:

As a result, Tesla was ordered to rehire the union organizer they fired and pay him for lost wages. In addition, Musk was ordered to inform his employees that they have the right to unionize. He was also ordered to delete the anti-union tweets he posted in 2018. Tesla appealed the ruling and the case was seen by a judge who ruled similarly to the 2019 ruling.

At this time, Tesla workers are not unionized, though it seems it could be a matter of time.

With the way that current events are unfolding, labor struggles are unlikely to fade in the near future. However, thanks to the internet and social media, recent labor struggles are being noticed and supported around the world. People are finding new ways to show solidarity with the workers who are pushing for better conditions, pay, and benefits in industries and companies that have traditionally lacked labor power. This includes Starbucks workers in Buffalo who are aiming to become the first unionized Starbucks workers in the country. These Starbucks workers have been at least partially inspired by the union organizing efforts of Colectivo Coffee workers, who successfully overcame employer resistance to become “the largest unionized coffee chain in the U.S.”

More eyes are on worker strikes and labor struggles than ever before, and slowly, the working class is taking power back from corporations. Solidarity forever.