In Fort Collins, resting & eating in public spaces is an unavoidable consequence of being homeless. Fort Collins does not have enough affordable housing, or even enough emergency services. Yet every year, police in Fort Collins write hundreds of tickets to poor and homeless people for the “crime” of sitting, sleeping, or resting in public spaces. Groups that share food with unhoused people have been targeted, and events shut down. Police disrupt people who are resting outside or in vehicles, threaten them with tow notices and tickets, and tell them to “move along.” Yet the reality is that there is often nowhere to go.

Homelessness is caused by failed federal housing policies, and is not being solved by today’s homeless assistance programs. Criminalization harms people and wastes resources, while moving us further from real solutions. We need a policy of universal housing for all.

Camping and other anti-homeless laws in Fort Collins

Fort Collins also has serious restrictions on sleeping on private property, even with the permission of the property owner. Read FCHC’s statement about the private camping ban here.

There are several other local laws that regulate sleeping (among other things), which can be read about here.

Downtown is for Everyone 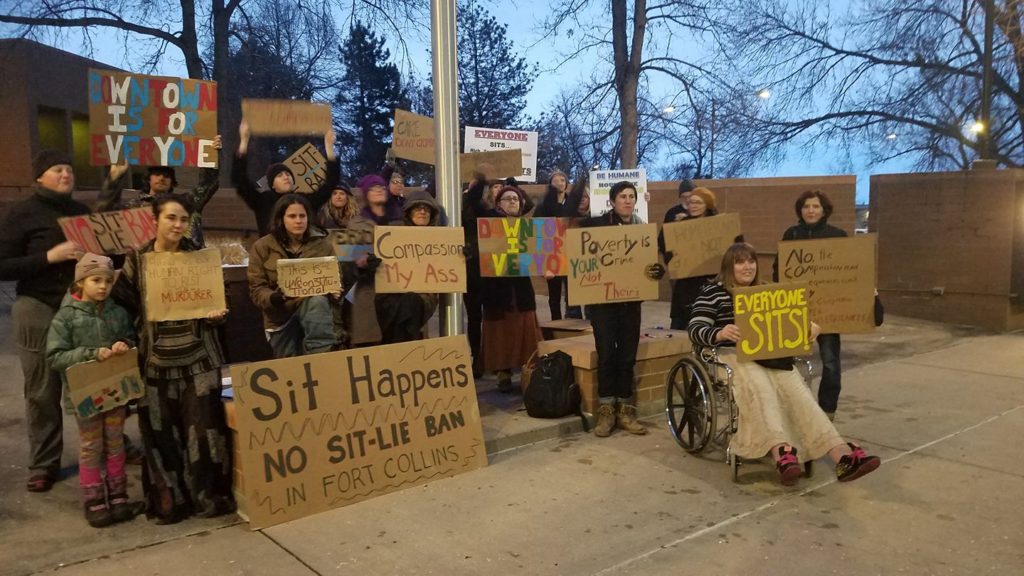 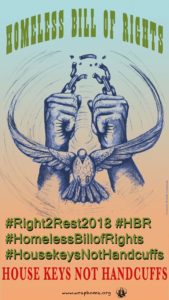 The criminalization of homelessness is widespread throughout Colorado and beyond. FCHC has been involved in efforts to introduce a state-wide Homeless Bill of Rights, or Right to Rest Act, in 2015, 2016, 2017, and 2018. We will keep fighting for our right to survive. Read more about the Right to Rest campaign here.