Sanitation — access to toilets and to clean water — is a pervasive human rights issue around the world, including here in Fort Collins.

Until recently, here is what the City of Fort Collins had to say about bodily waste:

“Yes, everybody makes it sometimes, but it’s a private ordeal that needs to stay in a private receptacle. This includes excrement, vomit, spit, or any other form of human waste.” — Office of Social Sustainability, City of Fort Collins. “Dealing with Difficult Behaviors.”

At the time that the above was written, Fort Collins did not have a single public bathroom that was open overnight. At that same time, the public bathroom closest to our two homeless shelters was permanently padlocked closed. And yet, in numerous meetings with City employees and Council members, we were frequently told that Fort Collins needs its camping ban to deter people from depositing bodily waste outside.

The idea that we can pass an ordinance to stop people from having basic human needs is irrational and inhumane. No amount of tickets can make someone “hold it” overnight, or while walking several miles. Under those conditions, any human being will do the only thing possible, and seek whatever option allows them to survive.

In addition, proper sanitation is an important part of community public health. Other municipalities have tried to disperse homeless communities by eliminating public restrooms, and in the process, have sparked public health crises. Fort Collins can — and must — do better than this.

Since our beginnings, the Fort Collins Homeless Coalition has been working to:

Thanks to FCHC organizing and community support, things have improved in the last few years.

We celebrate these achievements, while continuing to work for adequate bathrooms, drinking water, and sanitation throughout our entire community. 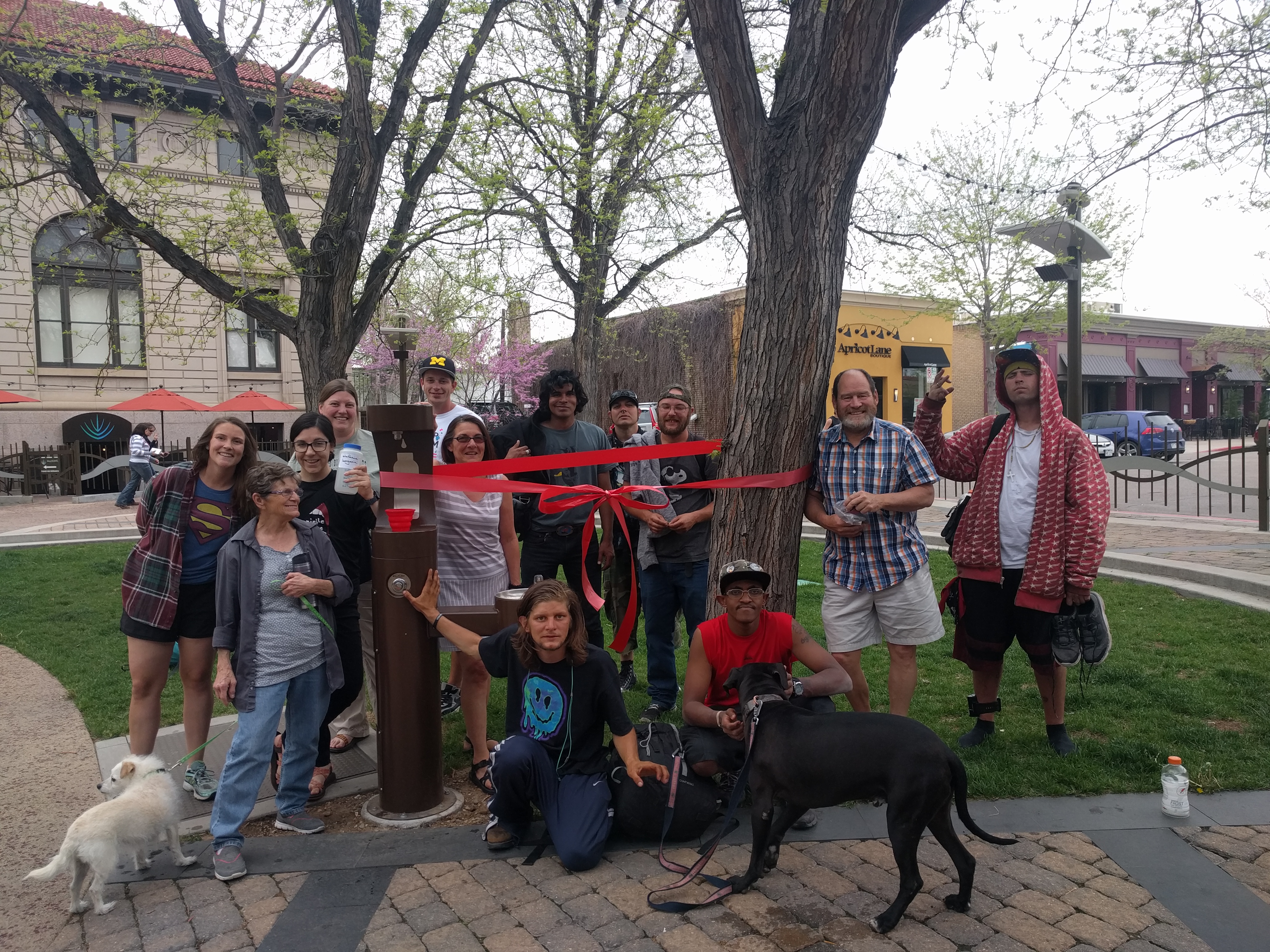 Thanks to the work of FCHC members, and to FoCo Cafe for leading the way, the Parks Department installed the first publicly-installed hydration station in Fort Collins! It’s in Oak St. Plaza, between the art museum and the bank. We had such a great time at our ribbon cutting ceremony in May. 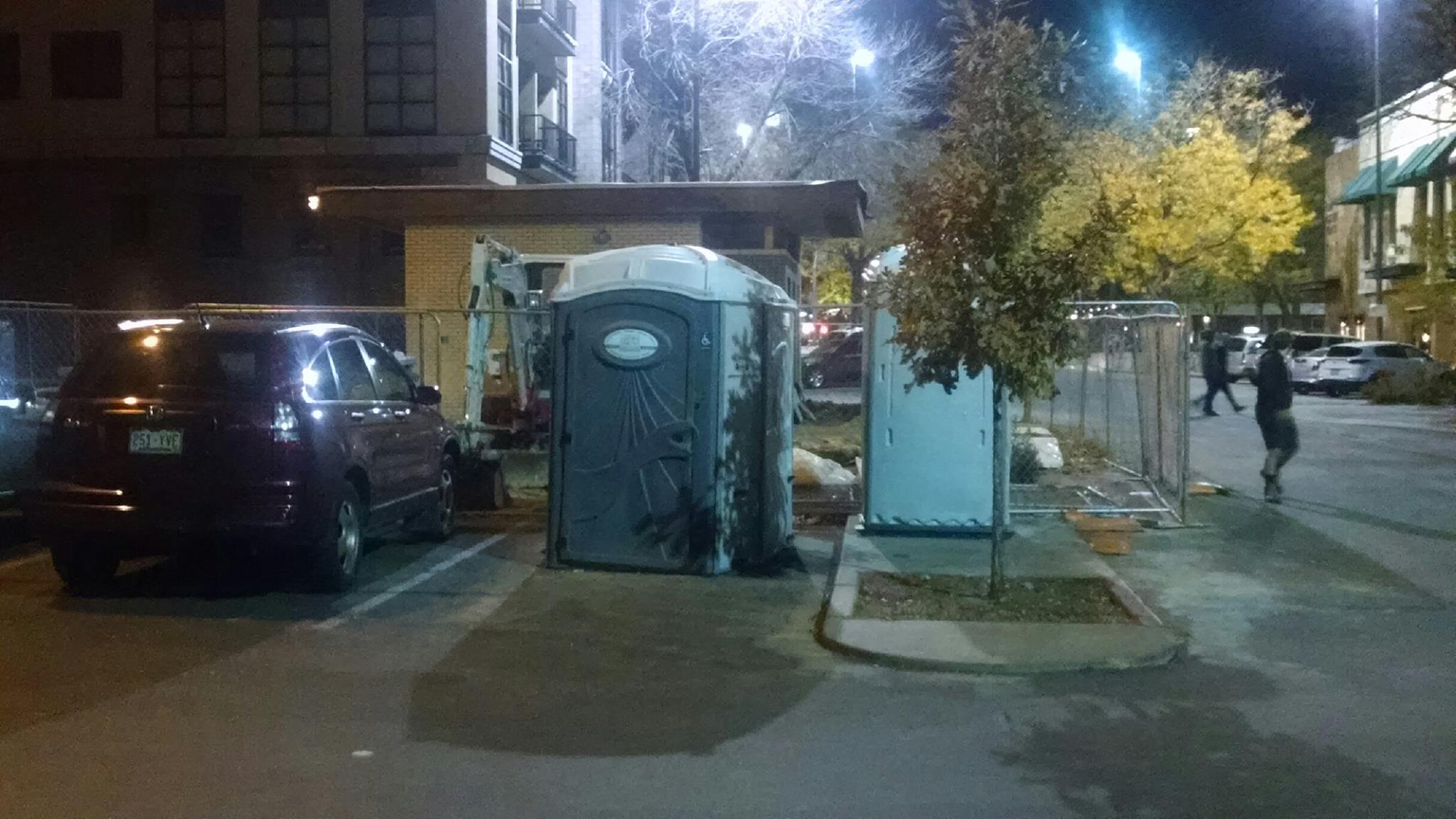 While the Oak St. bathrooms were under construction, FCHC had to “remind” the City to put up a accessible porta-potty while the bathrooms were closed.

24/7 Bathroom at the Horsetooth MAX stop

July 2018, FCHC submitted a budget proposal, asking that the City fund a permanent, 24/7 public restroom located at the Horsetooth MAX stop. We hope that it might be the first of several public restrooms that could be paired with existing transit stops.

The proposal can be viewed here.

In 2017, FCHC began collecting data on access to water & bathrooms in Fort Collins. The initial information is linked below (note that the number of participants will rise as the survey continues, but the distribution of results reflects our community’s ongoing struggle with this important resource).

Please note: ticketing data does not tell us how often people are contacted by police under an ordinance, instructed to change their behavior (even if they were not behaving illegally), told to “move along,” threatened with a ticket, or otherwise subjected to police control without a ticket being written. While police often regard contact as a neutral/benign action, people being contacted do not always experience it this way. In fact, being repeatedly singled out for police attention, contact, questioning, and control is often intimidating, oppressive, marginalizing, and can make a person less likely to trust the police or report concerning/dangerous/criminal behavior to them.

No Toilets for the Homeless (McKenna, Stacey. Bright Magazine, January 20, 2016).